5 priorities I would like the EU to embrace in 2015 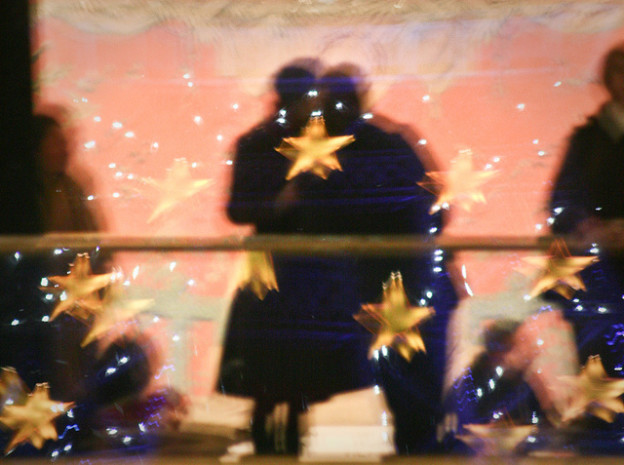 While I was filling my new years ‘s resolutions list, I found myself wondering what would it be, a possible 2015 good intentions list for the EU? Here is what I would like the European Union to achieve in this new year.

At the moment, Europeans are protected against discrimination on the ground of age, gender, sexual orientation, religion etc only in the area of employment thanks to the Employment directive of 2008. This is not enough! Anti-discrimination should be granted in other areas of life such as: access to services, education, health care, social protection mechanism and others. Despite discussions and a draft directive on a broader protection of EU Citizens has been on for more than 6 years, there is still nomcommon framework to tackle discrimination. This situation is due to the fact that several Member States within the European Council are still opposing to such legislation. An European anti-discrimination legislation is needed nowadays more than ever, in this time, when euroscepticism is widespreading, a further protection of Citizens rights might be the way to bring them closer to the EU.

The draft of the Maternity leave directive, aiming to ensure 20 weeks of fully paid maternity leave across the European Union, was approved by the European Parliament on 2010. Since then it has been on the table of the European Council. Barroso commission’s was ready to drop the directive, under the REFIT, a program which aim to simplify EU legislation. Frans Timmermans, Vice president of the actual European Commission with portfolio on Inter-institutional relations, Better Regulation, Inter-Institutional Relations, Rule of Law and Charter of Fundamental Rights has declared in late December that if there will be no progress made within 6 mounts, the draft directive will be withdraw. Once again, having this directive approved would means strengthening the rights of EU citizens.

On April last year, the European Parliament approved a proposal named “roam like at home” (RLAH),aimed to end all the roaming costs within the European Union. The end of roaming tariffs were expected to be effective at the end 2015. In order to enter into force, this proposal needs the approval of the European Council. Initially an agreement was expected for September 2014, but, at the moment there is still no concord and several modification are proposed by members states. As a Consequently, there will be a delay to the end of roaming foreseen for 15 December 2015. Elimination of roaming costs, would represent an enormous advantage for the EU citizens, and it would represent the first milestone towards the single digital market.

On July 2012, Mario Draghi declared that : « Within our mandate, the ECB is ready to do whatever it takes to preserve the euro. And believe me, it will be enough ». One of the measures foreseen for this purpose is a mechanism that consists in purchasing state’s bond under certain promises of actions and reforms. This mechanism is called OMT.

BCE’s competences on issuing OMT was questioned by the German Constitutional Court, that referred the case to the European Court of Justice. The statement by the ECJ is expected for January 14th. If the Court would confirms that Outright Monetary Transactions are within the Eurotower powers, it would opens interesting scenarios, especially for the solution of the Greece case, even in the case of Syiza winning the forthcoming elections.

On November and December 2015 Paris will be the host of COP21, the United Nation Conference on Climate Change. The aim of this conference is to obtain an universal, legally binding accord on climate. I would expect EU to take action to push for a strong and efficient agreement rather than a watered down declaration of intent. EU is in some cases advanced on climate changes prevention and adaptation, if united on this topic it can be the leader of this conference.

The EU I would like to see n 2015 is an EU of Citizens Rights, Economic Solidarity and committed to preserve our Planet. I’d like to know what would be the Europe you would like to see in 2015. Tell me with a comment, or send me a tweet!